Commentary: Defiance of the law challenges legitimacy of government

WASHINGTON (MarketWatch) — A whimsical report over the weekend suggested that congressmen were boozing it up while they careened into a government shutdown.
“I’m not over exaggerating when I say I can smell the booze wafting from members as they walk off the floor,” Politico reporter Ginger Gibson, according to a story in the Huffington Post, tweeted during the legislative shenanigans.
But that’s not the main reason why the current stand-off in Washington resembles the Whiskey Rebellion of 1791-94.
That insurrection by farmers in Western Pennsylvania was against an excise tax on their private production of whiskey levied by Treasury Secretary Alexander Hamilton to, um, help consolidate the U.S. fiscal position.
As we learned in school, the rebellion was significant because it was the first real test of the new federal government’s willingness to enforce its laws against citizens who interpreted the authority of the federal government in a more restrictive fashion.
Ultimately, President George Washington, father of our country and the general who won the War of Independence, personally led 13,000 militia from four states to tame the rebellion.
The rebels dispersed without any confrontation, and the incident showed the federal government was willing to enforce its laws in the face of resistance.
Washington, Pa., celebrates the event every year with its Whiskey Rebellion Festival, featuring historic re-enactments, live music, food, parades, fireworks and fun for the family. Presumably, one can smell some booze wafting from some participants there, too.
Fast-forward to 2013. The federal government has passed a law establishing a health insurance regime designed to provide uninsured citizens with affordable health care.
A hard core of rebels is resisting this law, duly passed by Congress and signed by the president. What should the nation’s chief executive do?
Click to Play 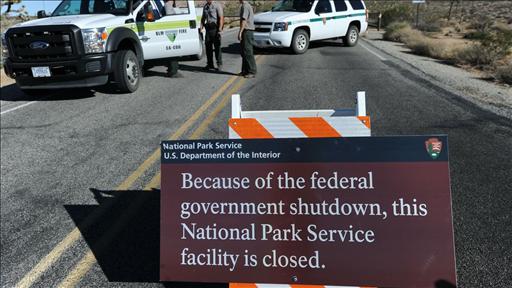 Senate Majority Leader Harry Reid has emerged as the GOP's new public enemy No. 1 because he is the man driving his party's hard bargain against Republican leaders in the fight over funding the government. Patrick O'Connor discusses. Photo: Getty Images.

Should he cave in to the resistance and lastingly impair the authority of the federal government? Should he compromise to avoid a confrontation? Or should he stand his ground to maintain his authority and discourage future rebellions?
What would George Washington say?
In his Sixth Annual Message to Congress in November 1794, Washington gave a full report of the insurrection.
In the rebellious areas, he said, “a prejudice, fostered and embittered by the artifice of men who labored for an ascendancy over the will of others by the guidance of their passions, produced symptoms of riot and violence.


Efforts were made to reason with the rebels, to no avail.
“The arts of delusion were no longer confined to the efforts of designing individuals,” Washington said. “The very forbearance to press prosecutions was misinterpreted into a fear of urging the execution of the laws.”
Washington sent a marshal to enforce collection of the tax, but he was fired upon and chased away.
It was clear, the first president said, “that the motives to such outrages were … to extort a repeal of the laws of excise and an alteration in the conduct of government.”
MORE FROM DARRELL DELAMAIDE | Follow @MKTWDelamaide on Twitter
• Euro crisis has world on brink of depression
• Deconstructing Paul Ryan, ideologue of rich
• Republicans not party of small government
• Euro crisis may lead to 'explosion of violence'
Does this all sound kind of familiar?
The hard-core ideologues who are driving the current confrontation are not shooting at a U.S. marshal (Washington’s emissary safely retreated), but it’s a fair bet they are doing a lot more harm to millions of innocent citizens by shutting down the government.
Despite all the vaudeville aspects of the situation, the U.S. government is facing another fundamental challenge to its authority.
The fact that it comes from within Congress itself, through the machinations of individuals who are abusing the levers of power, doesn’t make it any less a defiance of the law of the land.
George Washington was exceedingly circumspect in his response to the rebellion. The overtures for a peaceful settlement were accompanied with offers of pardon, provided the rebels then obeyed the law.
In the end, however, when a show of force was clearly the only thing that would work, Washington did not hesitate to employ it.
So far, President Barack Obama has shown every sign of resisting the extortion attempt by a congressional minority. He would do well to emulate Washington’s example of standing firm on principle as the situation grows more critical.
Darrell Delamaide is a political columnist for MarketWatch in Washington. Follow him on Twitter @MKTWDelamaide.
Posted by OutFOXedNEWS.com at 8:42 AM