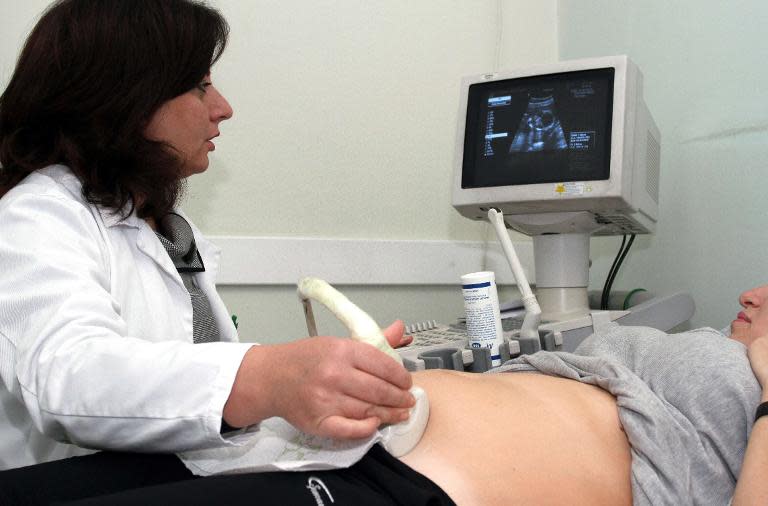 Washington (AFP) - The US Supreme Court refused Tuesday to hear a case concerning pre-abortion ultrasounds for women seeking to terminate their pregnancies in Oklahoma.
By refusing to take up the matter, the top US court let stand a ruling by the state's supreme court that struck down a local law requiring "the performance, display and explanation of a pre-abortion ultrasound."
The state claimed to have a "legitimate interest of reducing the risk that a woman may elect an abortion, only to discover later, with devastating psychological consequences, that her decision was not fully informed."
The law mandated that doctors or certified technicians working with them perform ultrasounds on woman at least an hour before carrying out an abortion.
It required the images to be displayed in such a way that they could be seen by the women in question and mandated a "simultaneous explanation of what the ultrasound is depicting."
In addition, physicians or certified technicians were required to provide a medical description of the images, which had to include such details, if applicable, of a heart beat and internal organs.

They also had to "obtain a written certification from the woman, prior to the abortion" although the measure stated that "neither the physician nor the pregnant woman shall be subject to any penalty if she refuses to look at the presented ultrasound images."
After examining the matter in closed session three times, the Supreme Court gave no explanation for its refusal to take it up.
Just last week, the court announced it would not review the Oklahoma supreme court's decision to overturn a state law that restricts the use of an abortion pill.
The decision effectively upholds the lower court's ruling that the law was unconstitutional, and will allow doctors in the state to prescribe RU-486, also known as the Mifepristone abortion pill.
It is also expected to say soon whether it will take up a Texas law that could lead to the closure of more than a third of clinics performing abortions in the state.
Despite its landmark "Roe V. Wade" decision in January 1973 legalizing abortion in the United States, the practice has remained a perennial source of controversy and in recent years a growing number of states have passed laws limiting it.
Supreme Court watchers expect the nine-member panel to revisit the issue.
On January 15, it will focus on the right of "pro-life" protesters to demonstrate in front of abortion clinics.

Posted by OutFOXedNEWS.com at 8:26 AM